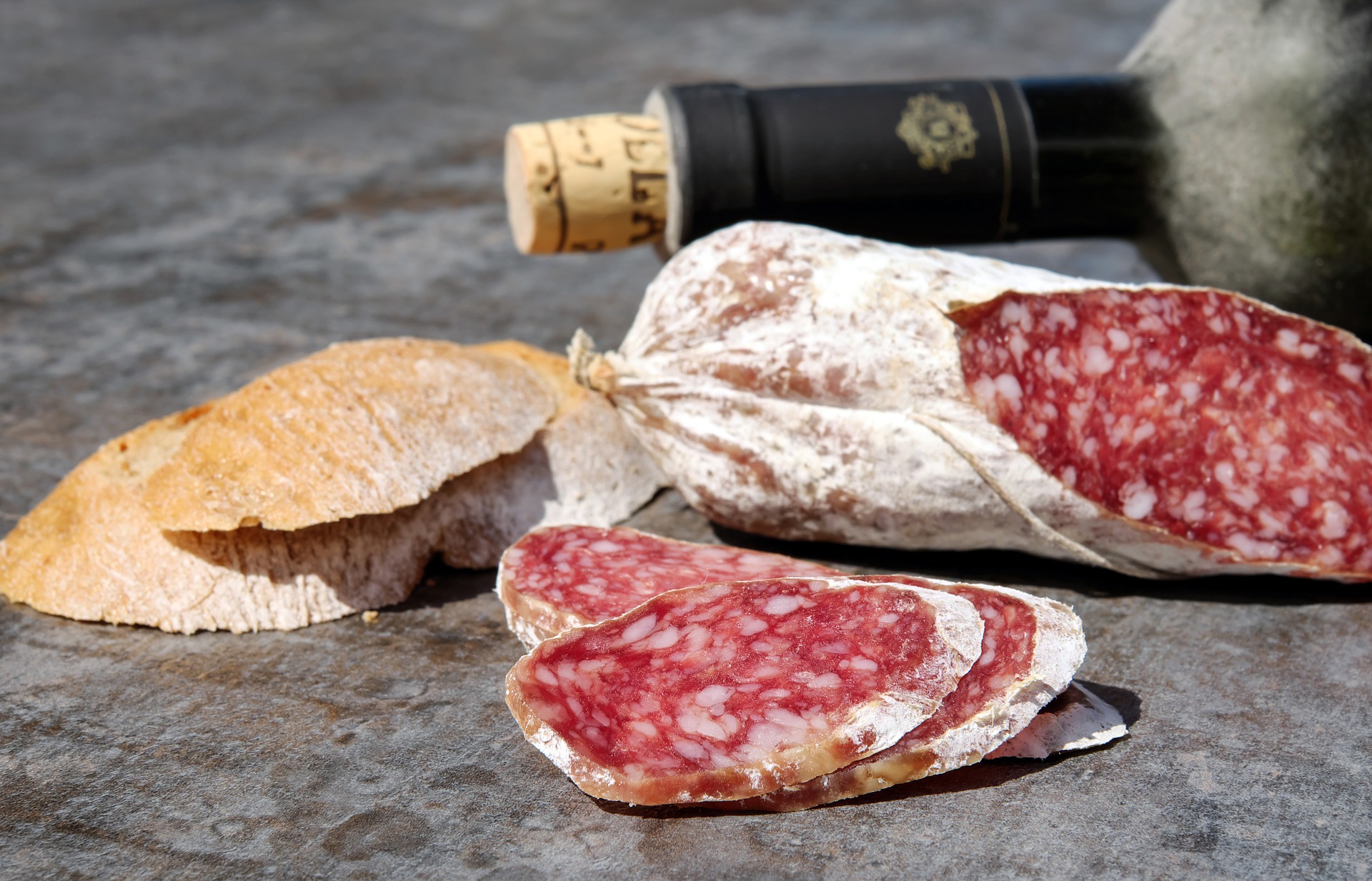 On World Salami Day, Agrantec’s Marketing Consultant, Surabhi Miah shares her experience of visiting a charcuterie and learning about the mould on Salami as part of its production.

As a company that works with food producers across various food categories, learning the production process of charcuterie has remained an eye-opener for me!

Before my first visit to our clients’ charcuterie business, I had (as I would like to believe most lay-person would) that mould, of all kinds on our food, is a big NO! However, to my surprise, mould is often used by charcuterie and dairy producers as a way to protect and increase the shelf life of their products.

The mould on salami is an entirely natural occurrence caused by the fermentation process and is penicillium based. The white mould is completely edible and adds its own flora and flavour to the salami as part of the artisan process.

As the mould is a naturally occurring process, slight discolouration in the white isn’t a cause of concern. The mould can feature a grey or yellowish hue and still be completely natural and safe.

However, if the mould is brown, blue, or even black, you shouldn’t eat the salami. Darker hues may mean an error during the preparation or fermentation process that led to the development of unsafe mould.

As a food producer, if you are looking for an inventory management platform that empowers you to record, manage and trace your product along with integrating into Shopify, Xero and others; then NotaZone is the platform for you! If you would like to get started with your NotaZone journey, get in touch today.

Does NotaZone integrate with Shopify?

Thank you for entering you details, one of our team will be in touch.

Agrantec enables you to future-proof your success with NotaZone when you trust, trace and transform.

NotaZone simplifies your traceability and provenance goals. Keeping trace at its core, the software equips you to operate effectively and efficiently.

Traceability in your processes and trust in NotaZone’s robust functionality empowers your business to transform.

Agrantec promises to provide consistent, simple and accurate reporting of complex data. Your trust in NotaZone, allows you to build trust with your customers.